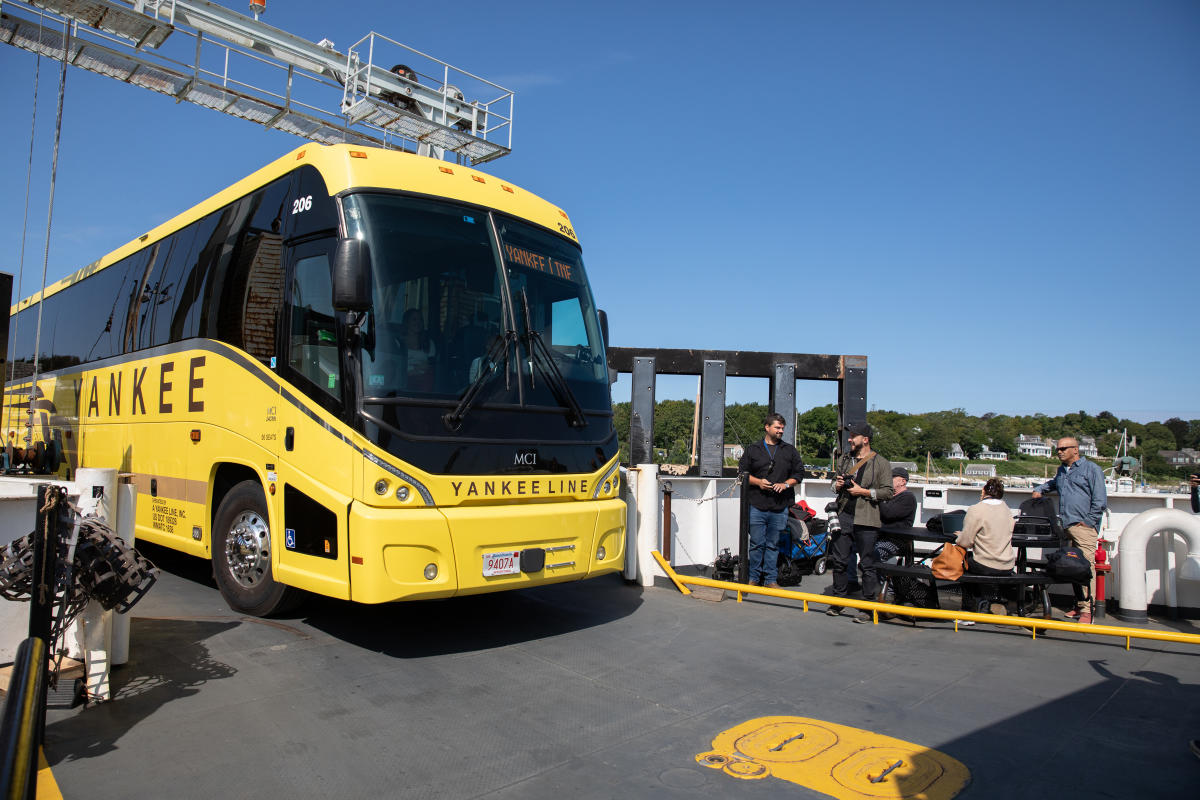 When Lever Alejos of Venezuela arrived at the southern border penniless in July, he gladly accepted a free bus ride to Washington, DC, courtesy of the state of Texas. He had no family or friends to receive him, and spent one night in the plaza across from Union Station. He soon settled into a homeless shelter.

“I have nothing,” Alejos, 29, said on his third day in the city, “but I have the will to work and succeed.”

Two months later, Alejos is making between $600 to $700 a week, saving up to buy a used car and planning to move out of the shelter.

Sign up for The Morning newsletter from the New York Times

“There is so much opportunity here,” he said Thursday, at the end of a day’s work. “You just have to take advantage of it.”

Since April, thousands of migrants, most of them Venezuelans, have been coaxed onto buses and plans heading to Washington, New York, Chicago and, last week, Martha’s Vineyard, Massachusetts, after enduring a perilous journey over land from their broken country to make a fresh start in the United States.

The transportation to the Democratic strongholds has been organized by Texas, Florida and Arizona, whose governors are trying to draw attention to a record arising in the number of people crossing the border, which they blame on the Biden administration’s immigration policies.

Last week, Gov. Greg Abbott of Texas dropped off two busloads of migrants near the residence of Vice President Kamala Harris, and more over the weekend. Florida’s governor, Ron DeSantis, on Wednesday chartered two small planes to fly 50 migrants to Martha’s Vineyard, the upscale vacation island off Massachusetts, which he has derided as a liberal bastion.

Democrats have called the cruel stunts, and many migrants have been left at least temporarily homeless as their new host cities scramble to help them.

But others, like Alejos, have called the free transportation a blessing. They are already employed and achieving some measure of stability. They have found jobs in construction, hospitality, retail, trucking and other sectors facing worker shortages in an economy still recovering from the impact of the pandemic.

“In most big cities, including the ones where governors are shipping migrants, employers are scrambling to find workers,” said Chris Tilly, a labor economist at UCLA. “They are meeting a need.”

Michelle Rumbaut, a hospital administrator who assists migrants in San Antonio, recalled a recent group of young Venezuelans she encountered who were determined to reach New York, where jobs awaited them.

They were exhausted and traumatized after witnessing young girls being raped, trudging past dead fellow migrants and being robbed on their monthslong journey to reach the United States, she was recalled.

Migrants like Alejos are at eleven symbols of a humanitarian crisis, pawns in a partisan debate, and people simply following the economics of supply and demand.

Most face an uphill battle to win their asylum cases. But it will be years before the legal process is complete, and those who lose their cases tend to live the rest of their lives in the shadows, trying to stay employed and out of the grasp of immigration officers tasked with deporting them.

In the meantime, they are both straining the resources of cities trying to provide them social services, and also filling a gap in the nation’s labor market.

While as many as 8 million immigrants are working in the United States without authorization, asylum applicants eventually receive employment permits while their cases are pending.

Since 2015, Venezuelans fleeing hardship have been pouring into South American countries — Colombia, Ecuador, Brazil, Chile. All told, nearly 7 million have left the country in that time, more than 1 out of 5 Venezuelans.

They represent the fastest-growing group of migrants arriving at the Mexico-US border.

On their 3,000-mile trek to reach that border, they must traverse the Darien Gap, a 60-mile stretch through dense jungle, where migrants said they have fallen prey to bandits, drug traffickers and human smugglers. At a post at the route’s end, Doctors Without Borders reported that it had attended to 100 victims of rape in the first five months of 2022.

This year, Alejos decided he had to brave that arduous journey.

Solidly middle class in Venezuela, he was struggling to keep his machine-repair shop afloat amid the country’s economic collapse. In Venezuela these days, many people make just a few dollars a day.

To pay for the odyssey across seven countries, Alejos sold his repair shop in his hometown, Barquisimeto, in northern Venezuela for the miserly sum of $750. “That was my down payment on a new life,” he said.

His trek through the Darien Gap was a nightmare, he said. Mexican officials and cartels were threatening.

When he finally waded across the Rio Grande to Texas, he turned himself in to US border authorities, who processed him, gave him immigration papers and delivered him to a shed, where other Venezuelans also had been dropped off.

Then, they were offered a free bus to Washington, or a $50 bus ride to San Antonio.

In late July, they arrived in Washington.

Within days, Alejos found work in construction. By the second week, he was sending money home to support his 7-year-old son, Christopher, and saving to buy a cellphone. By late fall, he plans to move out of the shelter to his own place.

After an allergic reaction to chemicals on his construction job, he quit and came across an ad on a Facebook page of Venezuelans in Washington. A company was looking for people to work at events — football and soccer games, conferences and private parties in a variety of capacities.

Soon, he was stocking concession stands with food and other supplies the day before games, and serving spectators hot dogs, nachos and beer during the events. He has worked at FedEx Field in Maryland; college facilities, such as the University of Virginia’s Scott Stadium; and other venues in the area.

Sometimes, he has been asked to work as a bartender, server or dishwasher.

That is not dream work, he said, but it is a good start — and he is giving it all.

“I always show initiative, performing extra tasks here and there that my supervisor notices,” he said. “This could lead to something bigger; I’m gaining experience.”

“What I need now is to achieve financial stability, he said. “Next will come professional growth.”

“Christopher’s quality of life has improved 100% since I came to this country,” he said, citing better nutrition, new clothes, outings to restaurants and visits to an amusement park.

For himself, Alejos has acquired a new cellphone and earbuds, shirts and trousers, and shoes. “I try to keep my priorities straight,” he said. “I’m not splurge. I am trying to build an emergency fund.”

His only regret is that his schedule does not allow him to attend in-person English classes. But he has found a way to teach himself, the Duolingo language-learning app — and then he tries to practice with customers.

Alejos said that he had followed instructions he received from authorities to check in at the local immigration office, and that he planned to apply for asylum.

He will have to argue his case before an immigration judge but said that he had yet to be notified about his first court date. The process typically unfolds over several years. The chances of winning are slim, and applicants are ordered to depart from the United States if they lose. But by the time a decision is issued, many migrants have established themselves, a disincentive to leave.

While thousands of migrants have been swiftly expelled to Mexico or deported back to their countries under a pandemic-related health order known as Title 42, Venezuelans are not subject to the policy because Mexico will not accept them and the United States does not have diplomatic ties. with Venezuela.

In his free time, Alejos explores his adopted city with fellow Venezuelans, visiting the Natural History Museum, the Zoo, Chinatown and the Capitol.

“I always try to see something new on my days off,” he said, and often during the outings he posts selfies on Facebook.

He misses his family, he said. But he is philosophical about his circumstances.

“Often you have to suffer to be compensated down the road,” he said.

After spending a night in the street and another in a shelter where he felt unsafe, Alejos has been staying at a different shelter that he described as tidy, comfortable and orderly. “Each person has a locker; the sheets are clean; showers have hot water and there’s Wi-Fi — all the services,” he said.

“I feel fortunate the governor put me on a bus to Washington,” Alejos said. “It opened up doors for me.”