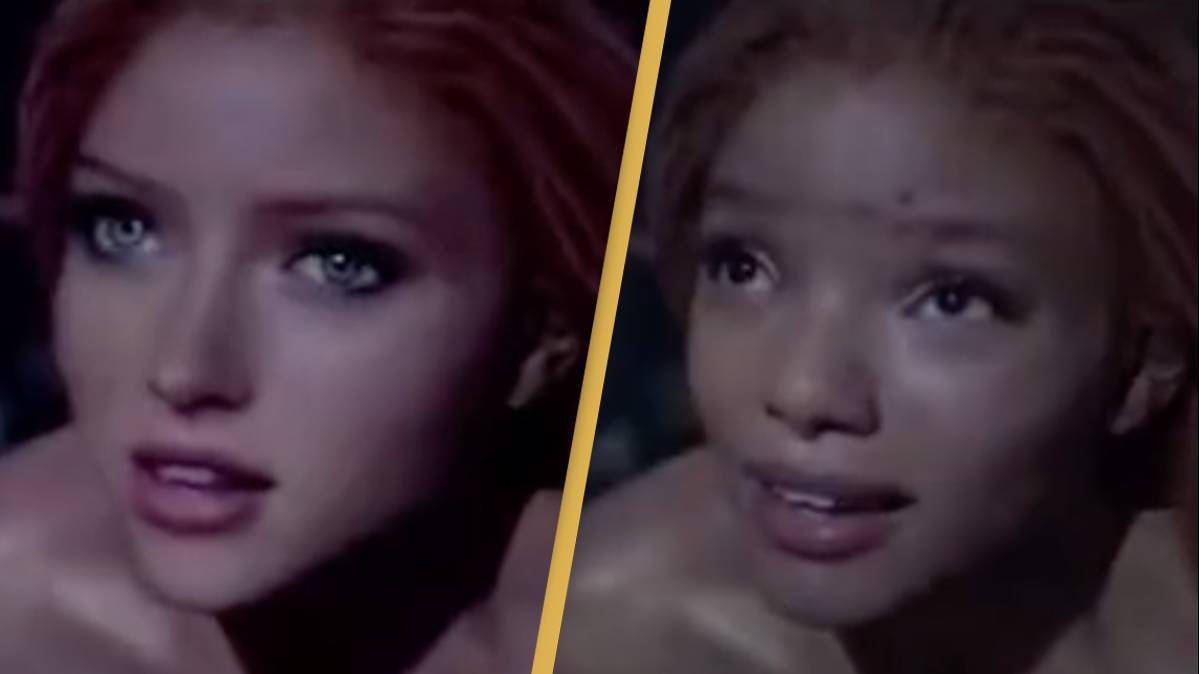 An AI artist has faced the fury of the internet after editing Disney’s new Little Mermaid teaser trailer by replacing actor Halle Bailey with a white woman.

The highly anticipated live action film trailer was released last weekend at Disney’s D23 Expo fan convention and has, for the most part, been met with awe and excitement.

The actor has recently spoken about the significance of a black actor taking on the classic role, telling PEOPLE: “The fact that now it’s getting to be played by me, a person who looks like me, woman of colour, I’m just like, wow, I’m so grateful for what it will do for all the other little Black and brown boys and girls who will see themselves in me. Because I know if I had seen myself when I was younger, I think my whole perspective would’ve changed.”

But, while the R’n’B powerhouse has already proven that she’s more than capable of taking on the coveted role, there’s been some absurd, and indisputably racist, backlash to the casting choice.

A lot of the criticism from angry Disney ‘fans’ argues that the fictional mermaid should have been played by a white actor, since the 1989 animation (which was adapted and Disney-fied from the original, and inherently dark Hans Christian Anderson fairytale) featured a white Ariel.

The tense discourse heightened when one Twitter user used AI technologies to turn Halle Bailey into a white-skinned woman with fire-red hair, much like her previous animated Disney counterpart.

Promoting the AI ​​artist’s work, another user shared a side-by-side of the original Little Mermaid trailer with Halle Bailey, and the altered version that “turned the woke actor into a ginger white girl.”

“I have fixed Little Mermaid, and turned the woke actor into a ginger white girl. He says he can fix the whole move comes out with 4x A6000 in 24 hours. It’s over for wokecels”

In a follow-up tweet, they had added: “Note for Twitter: This is for purely educational purposes, please do not misinterpret this in a racist way.

“I am just amazed by high-IQ friend who works with Artificial Intelligence and the stuff he can make, and wanted to show people his field of study.”

Needless to say that, when fans caught wind of the AI ​​remake, there was a pile-on of criticism and disgust.

I’m not racist, I just “fixed” a kid’s movie by changing the main character’s race. Totally not racist.

Please do not interpret my blatant racism as racism

I really didn’t expect white supremacists to be the Little Mermaid’s target audience.

Some users couldn’t help but notice that, while the AI ​​artist had painted over Halle Bailey’s face to give Princess Ariel a white complexion, they had kept Halle’s singing voice.

I think the most messed up part is you changed her skin her face but not her voice it’s like you feel so insulted that it’s a black woman and you want to take all that away but you know you’re not going to take away her voice cuz you still want our talent just not our skin pic.twitter.com/uvGaP5zDOa

But, among the outrage, there were a few people who sided with the AI ​​artist @TenGazillionIQ.

can’t imagine why this would make people upset, I have been informed by twitter that mermaids aren’t real so it doesn’t matter what race they are

It’s not because they’re doing a live action remake which purports to be an exact replica of the cartoon version done with people. By casting someone who looks nothing like the cartoon version it disappoints a lot of fans who wanted to see a literal recreation.

UNILAD has reached out to @TenGazilionIQ for a comment on the AI-modified trailer.

Supporting the next generation of AI leaders