A former senior policy aid to Minneapolis Mayor Jacob Frey and former chair of the Minneapolis Public Housing Authority — appointed by Frey — were among the 48 people charged Tuesday in connection with what feds say was a scheme to defraud the government — and needy children — of 125 million meals. Those are just the two most high-profile instances of the alleged fraud’s tentacles reaching deep into the city’s elite political circles.

In a statement to the reformer, the mayor’s office said, “We are grateful to US Attorney (Andy) Luger for his work on this case. The allegations are appalling.”

Six people were also charged for misusing federal child nutrition program funds through a nonprofit incorporated by Minneapolis City Council Member Jamal Osman. Prosecutors say just days after Osman took his name off incorporation documents for the nonprofit called Stigma-Free International, it began a scheme in which it ultimately netted over $10 million in federal funds, which was diverted for personal use rather than providing free meals to hungry children.

Prosecutors say Sharmarke Issa, who was appointed by Frey to chair the housing authority in 2019, used federal child nutrition funds to buy a $390,000 four-unit apartment complex in south Minneapolis with former Frey aide Abdi Nur Salah. Salah was terminated and Issa resigned in February, after the federal investigation became public with a massive FBI raid.

Issa created a company called Minnesota’s Somali Community and managed Wacan Restaurant, which was fraudulently paid more than $7.4 million in federal funds, according to charging documents. Issa is charged with wire fraud, conspiracy to commit money laundering and money laundering.

Salah and five other men named in a search warrant donated $6,000 to Frey’s campaign last year, which Frey said he would return, the sahan-journal reported in January.

In October 2020, the state announced it would no longer allow restaurants and other for-profit entities to enroll as meal distribution sites, and restaurants could only serve as food vendors. After that, the owners of Safari Restaurant and other associates began using a nonprofit set up by Osman to continue carrying out the scheme, prosecutors allege.

Earlier this year, Osman told sahan-journal he left the nonprofit in June 2020 and never worked with food programs or had any association with Feeding Our Future, which is at the center of the investigation.

Amy Bock, executive director of Feeding Our Future, tried to use her influence with the city for backup. When the Minnesota Department of Education, which oversaw the food aid program, tried to stop the alleged fraud, Bock emailed Salah a proposed council resolution questioning MDE’s commitment to minority children and business owners, according to public records obtained by the StarTribune.

Salah sent the verbiage to Osman, who offered to introduce the resolution at a council meeting, but his aid convinced him to wait until after a meeting with MDE. After the meeting, the resolution was never introduced, the StarTribune reported.

After the state halted funding to Feeding Our Future in March 2021, three months later, Osman lent his support to Bock at a public event in which he sat beside her, along with other politicians, including Sen. Omar Fateh. At the event, Osman talked about introducing a council resolution criticizing the state for rejecting the nonprofit’s applications.

Two days after Osman’s name was taken off the nonprofit’s incorporation documents, Bock and Ahmed Artan, the new president of Stigma-Free, prepared applications to set up child feeding sites in Willmar under Feeding Our Future’s sponsorship.

Feeding our Future is charged with overseeing the massive scheme carried out by dozens of distribution sites under their sponsorship. Prosecutors say Feeding our Future employees recruited people to open sites statewide, falsely claiming to serve meals to thousands of children per day within days to weeks of setup.

Prosecutors say Stigma-Free went on to milk the federal government out of millions, beginning that month, setting up meal distribution sites throughout Minnesota, including Willmar, Mankato, St. Cloud, Waite Park and St. Paul.

For example, the Willmar site claimed to serve 2,000 to 3,000 children per day, seven days per week, from FaaFan. Prior to 2020, the small restaurant in downtown Willmar served a few dozen people per day, had less than $200,000 in annual revenue, and leased the space for about $1,600 per month, prosecutors say.

That is, until Abdikadir Ainanshe Mohamud, 30, of Fridley offered $40,000 per month to use it for a Stigma-Free site, the charges say. Prosecutors allege Mohamud also created a shell company called Tunyar Trading that purported to be a meal vendor.

Over the next year, Mohamud and others claimed to have served 1.6 million meals and received more than $4 million in federal funds. They said they were serving 2,000 children in an after-school program — the equivalent of nearly half the students enrolled in Willmar public schools, but only 33 matched the names of enrolled students.

Mohamud allegedly transferred nearly $2 million to himself and others, and paid Feeding Our Future nearly $500,000 in administrative fees for sponsoring the Willmar site. Mohamud is accused of paying more than $225,000 in bribes and kickbacks to a Feeding Our Future employee.

Mohamud was appointed to a public safety work group by Frey in December, but has since left the group.

What’s this ‘longevity’ diet, and will it really make you live longer?

A Wearable Device to Monitor Metabolites and Nutrients 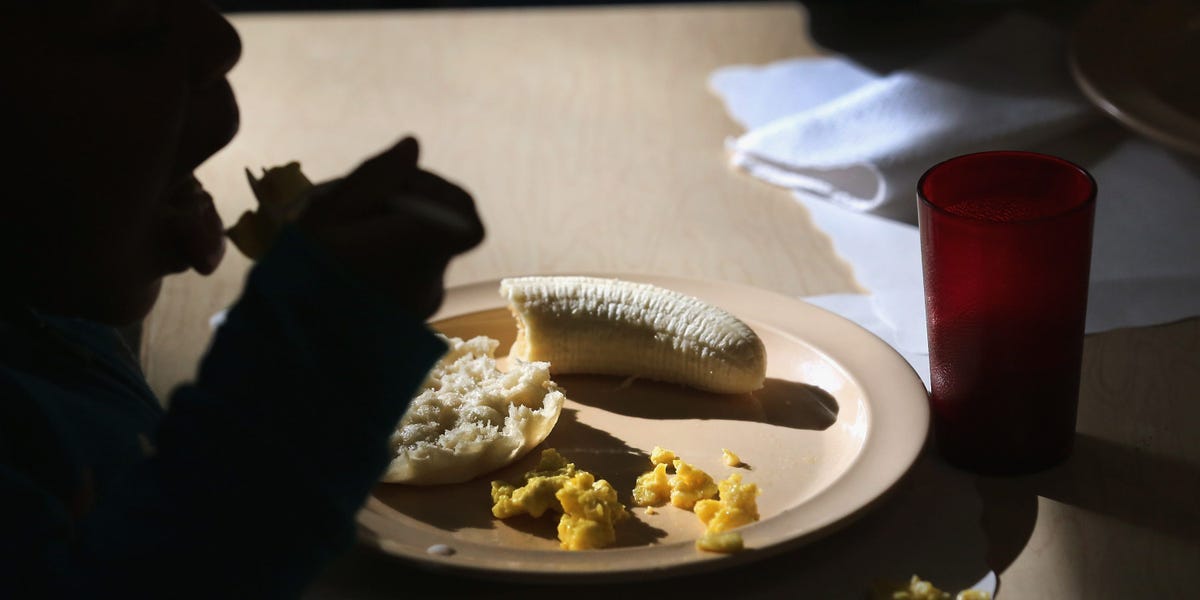