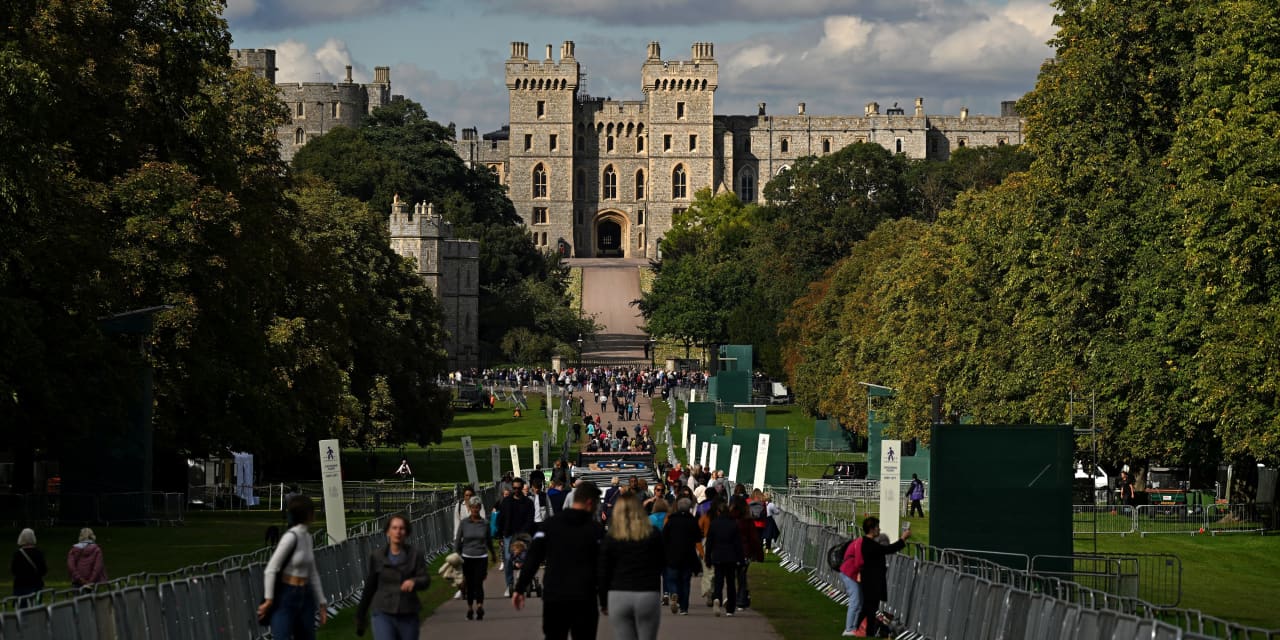 In early September, in the span of a chaotic 48 hours, the UK lost its longest-reigning monarch, saw a king—the first in 70 years—ascend in her place, and watched a new prime minister take office.

Amid the unprecedented gamut of changes to both the government and monarchy, it remains to be seen how the nation’s property market—a sector notoriously sensitive to uncertainty—will react.

Though too early “to predict the long-term impact of the queen’s death or the appointment of Liz Truss as the new prime minister on the UK housing market, both events added a level of uncertainty to the UK’s economic state,” said Jason Tema, director of London-based Clearview Developments.

Experts agree that the death of Queen Elizabeth and the resulting crowning of her son, now King Charles III, though certainly a major event, is unlikely to have a sizable impact on the real estate industry.

More: A Modernized Apartment in a 19th-Century Building in London’s Kensington Gardens

Property prices across the UK rose 15.5% in the year to July leaving the average home price in the nation at £292,118 (US$337,914), according to the most recent data, released in mid-September, from the UK government.

Looking ahead, a recent survey from the Royal Institute of Chartered Surveyors found that property market experts envisage housing sales continuing to slip in the coming months given that projections for the UK economy point to a potential recession emerging toward the end of the year.

“The nation is currently in a state of shock and there’s no doubt we will remain in limbo until the queen has been laid to rest. [on] Monday,” said Marc von Grundherr, director of estate agency Benham and Reeves. “However, in the long term, the changes being seen within the monarchy are likely to have little impact on the UK property market itself, as it is the UK government that very much pulls the strings when it comes to housing policy.”

One place where the change may be felt, though, is in the new king’s environmentally friendly credentials.

Charles, who has been dubbed “the Green King,” and drives an eco Aston Martin that runs on cheese by-product and old wine rather than gas, it is a strong proponent of sustainability, organic farming, tackling global warming and more.

“The king’s values ​​around sustainability and the environment could not be more relevant,” said Tim Hassell, director of Draker Lettings. “Having a monarch who has been so vocal about our responsibility and awareness to our planet is likely to support all industries in their continuing journey to a more sustainable way of life.”

And indeed, Ms. Truss is expected to take note.

“We do expect the new prime minister and her colleagues to ensure that environmental issues are higher up the agenda, not least because of the added importance of saving energy and reducing costs,” said Jeremy Leaf, a London estate agent and a former chairman of the Royal Institute of Chartered Surveyors. “This will, no doubt, be supported by the new king who will be keen to make his mark on him, albeit not quite as stridently as he might have done when he was Prince of Wales.”

More: From Modernist Designs to Fabulous Kitchens—Whatever Floats Your Houseboat

His ascension though, won’t make a dent in the county’s cost of living crisis, or jumpstart housing supply. Those jobs are considered to be firmly in the hands of the prime minister.

“She has already hit the ground running by capping utility billswhich will help reduce inflation and therefore potentially limit the need for further interest rate rises (although we are still expecting one next week),” said Christian Warman, partner at estate agency Tedworth Property.

“This lower inflation and lower interest rate environment, along with the reduced taxes she is promisingwill hopefully kickstart the economy and reduce the depth of the predicted recession sooner rather than later,” he said.

Alongside Ms. Truss, a new housing secretary has been appointed in the form of Simon Clarke, and a “true test” will be how he is “received by the property industry and by the media,” Mr. von Grundherr said.

“The problems of insufficient new housing supply, an unfit for purpose planning system and the overbearing assault on landlords of the past few years will all need to be dealt with decisively and convincingly,” he continued. “Personally I am optimistic that a brand new government of, we hope, talent rather than loyalists as we had under [Boris] Johnson, will at last yield solutions and action rather than just headlines.”